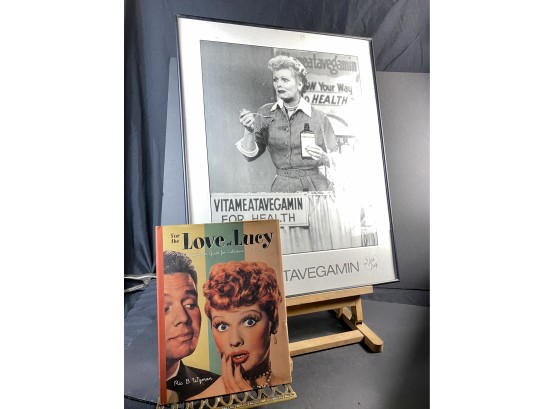 "Over the course of her fifty-year career, Lucille Ball appeared in eighty movies and starred in five television series. And ever since the first episodes of "I Love Lucy" aired in 1951, she has been America's favorite funny lady. Now her legions of fans can revel in a book devoted to all the memorabilia her extraordinary popularity has generated. From the thirty-six TV Guide covers on which she appeared (more than anyone else) to Dixie-cup lids, from "I Love Lucy" pajamas to Little Ricky dolls, from board games to paper dolls, from vintage movie posters to Lucite paint ads, from Belgian cigar bands to collector's plates, more than 600 items are reproduced, most in full color. Author Ric Wyman, who has been collecting Lucy memorabilia for a decade, also provides a complete filmography and exhaustive radio and television credits, including the title of every episode of every series Lucy starred in and the date it first aired. Complete with numerous black-and-white stills from her perennially popular shows, this delightful volume is a must for nostalgia buffs, collectors, and the untold millions of viewers who have found themselves laughing out loud at the zany antics of our First Lady of Comedy." Book and poster.