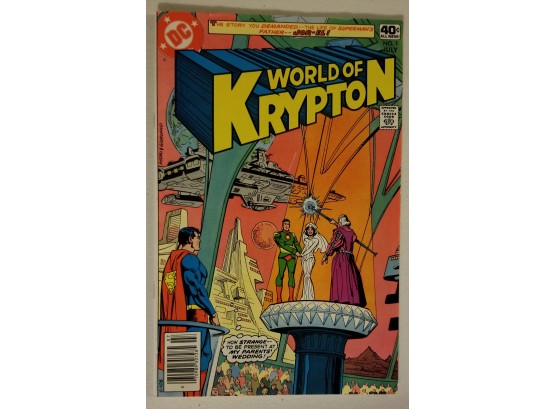 World Of Krypton #1 - 1979 - from DC comics - The industry's first miniseries - first sold for .40 cents.
Provides a great amount of detail into Krypton's history just before its destruction, along with the life story of Jor-El, the world's leading scientist, and his wife Lara Lor-Van.
World of Krypton is an American three-issue comic book limited series written by Paul Kupperberg and penciled by Howard Chaykin. It was the comics industry's first miniseries. World of Krypton was published by DC Comics from July to September 1979.

It is in very good condition and comes in a plastic sleeve.
It has been stored in a smoke and pet free environment for collecting.