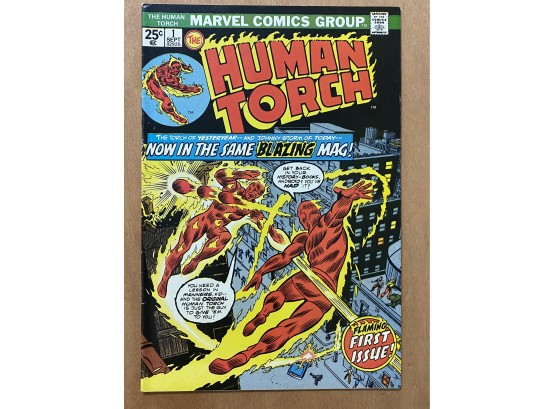 Cover pencils by John Romita, inks by Joe Sinnott. Johnny Storm, the Human Torch, script by Stan Lee (plot) and Larry Lieber (script), pencils by Jack Kirby, inks by Dick Ayers; In Glenville, Johnny lives with his sister Sue; While she's known as a member of the Fantastic Four, he tries to keep a low profile; We get to see the house, much of which is chemically fire-resistent, and equipped with various crime-fighting equipment; But even in the suburbs danger lurks, as someone called The Destroyer is hell-bent on wrecking a local amusement park nearing completion. Part 2: The Flaming Fury Strikes Back!!; Ben shows up, but Johnny refuses help, saying it's his fight. Horror Hotel!; A hotel is terrorized by a "man-killing beast," sending tenants fleeing. 36 pgs. $0.25. Cover price $0.25.