News & Updates | September 19,2020
Everything You Need to Know About Bid Increments and Max Bids

I have one dollar, do I have two?
Two dollars? I have two. Do I hear three? Three dollars? ...

What you just read (and hopefully imagined an auctioneer calling out to a crowd) is an example of how bidding progresses during a live, in-person auction. One of the areas that tend to create some confusion amongst new bidders and veterans alike is how bid increments are determined and some of the nuances that occur in how those increments play-out during an online auction -- when maximum bids are part of the equation.

What is a bid increment? 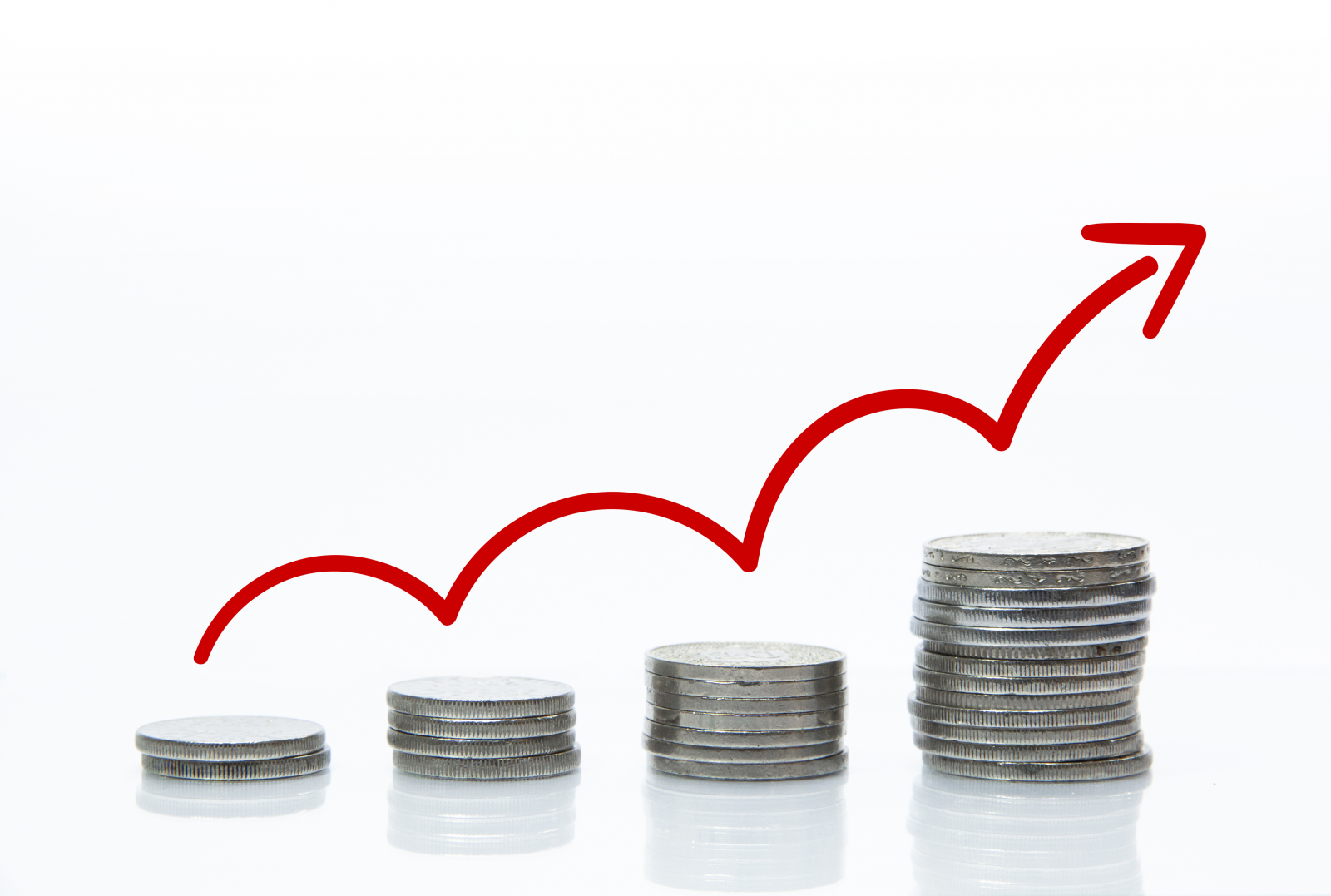 Perhaps the first question we should answer is: What is a bid increment? Bid increments refer to the minimum amount an auction bid must be raised during bidding. In other words, as the current bid value increases, so do the increments.

Every auction house has their own standards for bid increments and those increments are subject to change (increase or decrease) during an auction if the auctioneer deems it necessary to move the auction along at a better pace. He/she might "cut" a bid (accept a bid at a lesser bid increment in order to take a bid on a lot with waning bidder interest).

What are the bid increments on AuctionNinja?

While there are many licensees/sellers who use AuctionNinja's software, bid increments have been standardized across the entire platform so that there is no confusion for bidders if they bid in multiple auctions. AuctionNinja follows the following bid increments:

We've also tackled these next couple of questions in our FAQs, but since we still get a lot of inquiries about max bids, as well as winning bids coming in at an amount lower than the next increment we decided to revisit those here.

Why was I outbid by an amount less than the next minimum increment? 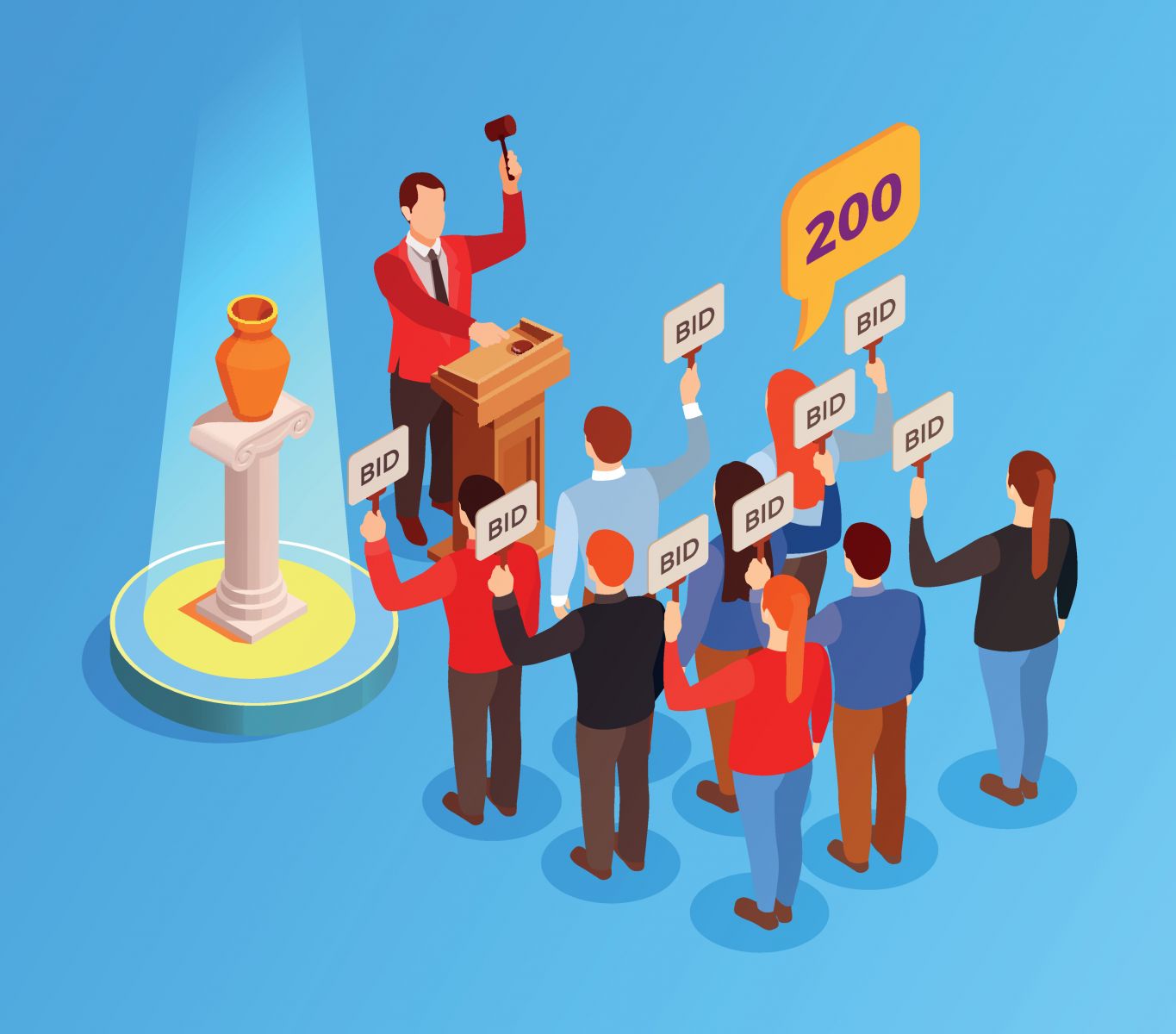 Occasionally our bidders are outbid by an amount lower than the minimum bid increment. All bidders may place their max bid at anytime.  As a result, you may be outbid by what seems to be an incorrect increment. The AuctionNinja system will not default to strict increments like a traditional auction if an "odd" maximum bid was left prior to meeting the bid price which would engage the next bid increment.

For example:
Let's say you join an auction and place a bid on a painting that is already at $50. You place your maximum bid of $100 but another buyer wins the lot for $101. As stated in the bidding increments, you know the next bid should have been $105, not $101. What you do not know is that the winning bidder place their max bid of $101 while the lot was still valued at $50. The system will accept the $101 bid because that max bid of $101 was placed before the lot got to that next increment level.

Here's another scenario:
It's 4 p.m. on closing day and the painting is currently at $15. At 5:10 p.m. you place a maximum bid of $100. There are a few bidders at play and so by the time 5:45 comes around, the current bid is at $78 with you as the highest bidder.  At 7:05 p.m. a new bidder joins in and places his maximum bid of $101. Since this new bidder's bid of $101 is above the minimum increment at the time she placed the bid, it is accepted by the system. Since there were no additional bids placed before the countdown clock ran out, the $101 bidder wins the lot because it is higher than your $100.

My max bid was the same as the winning bid (tie bid), yet someone else won it. Why?

In the case of a tie bid, the hammer will always fall to the first bidder. For example, the current bid is $50 (placed by someone else). What you don't know is that their max bid (which is masked from other bidders) is $200. You join the bidding and and place a maximum bid of $200 and are immediately outbid in favor of the other bidder. Even though two people have the same max bid, only one person can win the lot. That is automatically determined by bidding order -- the person who placed that maximum bid first. Since every bidding interaction is time-stamped the automated system knows where to hammer the winning bid.

The system will not go to your maximum bid unless there are competing bids or an opening bid minimum. In other words, if a lot is currently opening at $1 and you are the only bidder with a max bid of $25, you will win the lot at $1 (not $25). Likewise, if you place a $25 max bid on an item with an opening bid of $15 and you are the only bidder, you will win the lot at $15. The only time your maximum bid is engaged is if there are competing bids already placed on a lot (all bids are masked, so you will not know another person's maximum bid).

We hope this helps to clarify bidding increments and maximum bids.

If you have a question you'd like to see highlighted in the blog, let us know.

Everything You Need to Know About Bid Increments and Max Bids

Where can you find AuctionNinjas?

Sign up for the latest news, tips, and designer inspired spaces by joining our weekly newsletter.